CB-IR (A) – competency based instrument rating

The aim of the training for the competency-based IR (A) / Competency Based IR(A) / CB-IR(A) is to impart the necessary knowledge and skills for instrument flight. After passing the exam, you can then fly aircraft according to instrument flight rules and conduct under instrument flight weather conditions. The instrument rating is issued for a period of 12 months and then must be extended.

Difference between the classic IR and the EIR / CB-IR

In order to make it easier to get started with instrument flight, the en-route (EIR)and competency based instrument rating ( CB-IR ) were created by EASA in April 2014. The learning objectives were reduced by around 40% compared to the classic IR.

The CB-IR, which contains the full privileges for IFR approaches and departures, is actually not a new rating. It’s just a new way to access IR. In connection with an ATPL credit or an HPA training and the corresponding class or type rating, high performance aircraft may also be flown under IFR.

The EIR is a non-ICAO compliant rating, that is only valid in the EASA airspace. With this rating, you can fly into IMC on the en-route part of the flight. Take-off and landing must take place in VMC. There are therefore no privileges for IFR approaches and departures. EASA has decided that the EIR should be replaced by the new basic IC (BIR) in the future. 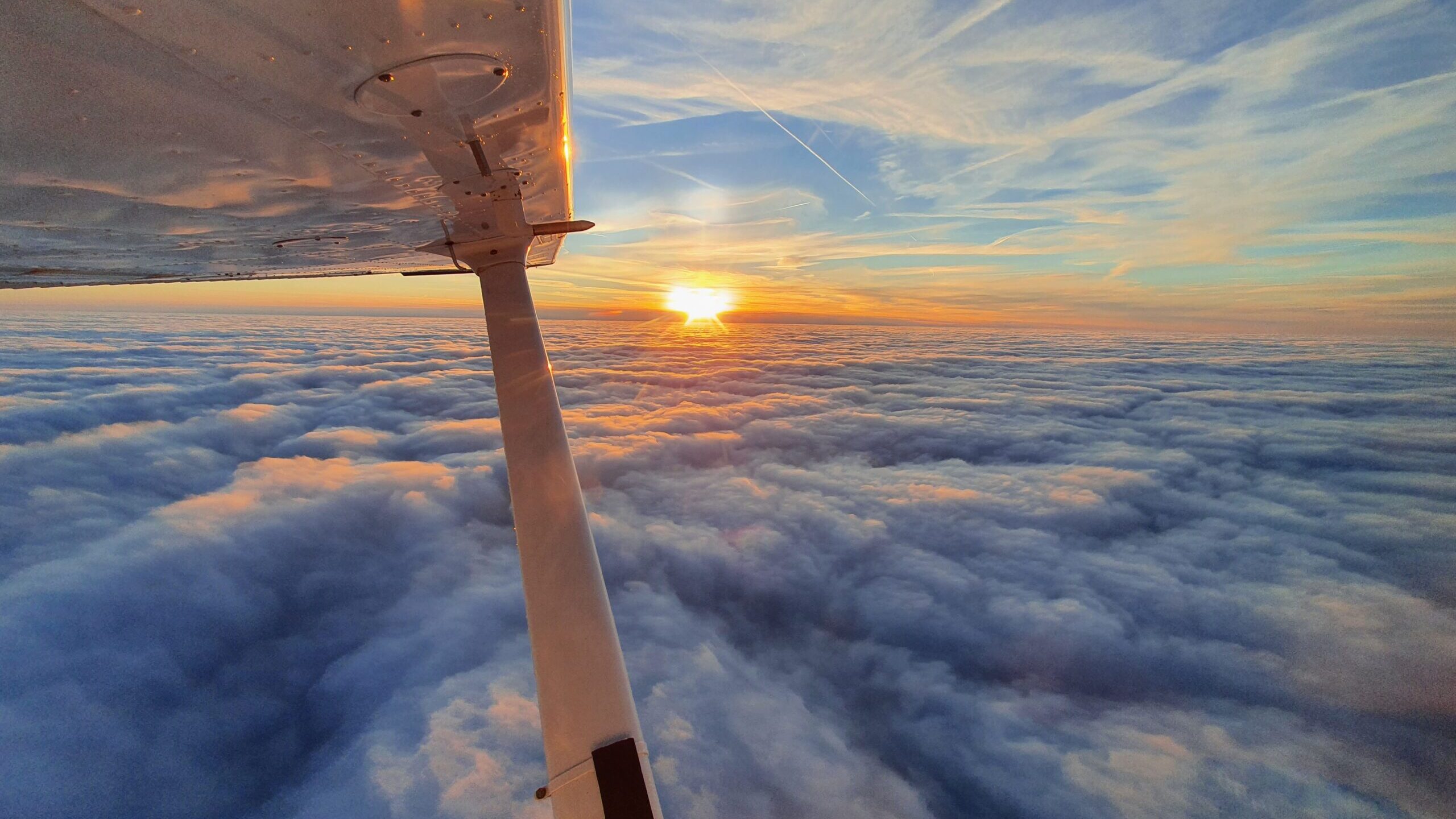 There is a theoretical and a practial part of the training:

Theoretical training must include a total of at least 80 hours, with at least 8 hours of brush-up lessons. We will train them much more intensively than what is required by law. With us, you will receive 12 hours of classroom instruction. The focus is on the subject of meteorology (6 hours). Furthermore, the theoretical training takes place via distance learning via our partner, Cranfield Aviation Training School (Deutschland) GmbH in Dortmund. The dates for the necessary lessons can be found here.

The theoretical examination can be taken at any EASA examination authority (e.g. at the LBA in Braunschweig, Austro Control etc.). The exam can be written in 6 partial exams, with 4 attempts per subject.

The 15 hours from the en-route training can also be counted towards the 40 hours.

If the applicant has an EASA PPL or CPL + an ICAO instrument flight authorization (e.g. FAA) with an IFR PIC time of 50 hours after the authorization has been issued, the entire practical training is omitted or can be fully credited. A written theory test is also no longer required. The examiner conducts an oral exam and checks whether the applicant has sufficient knowledge in the subjects of meteorology and flight planning.

Revalidation of the rating

There is no minimum number of the hours required to revalidate the instrument rating. The extension is accomplished with a proficiency check.

The training costs amount to approximately € 16,885.00 for the complete training without taking any previous experience into account. Here you will find our sample offer in connection with our current price list.

The legal basis results from FCL.625.A of EU VO 1178/2011 and the associated accepted verification procedures (AMCs). We recommend the EASA Easy Access Document for further information.

Any questions?
The training options are diverse and our website is no substitute for a personal consultation. We would be happy to advise you personally, taking your individual situation into account.

Latest news from our training department

The page you requested could not be found. Try refining your search, or use the navigation above to locate the post.